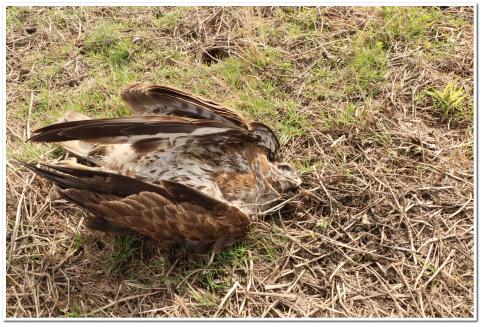 No end to the illegal persecution of raptors in Lower Austria. As recently as February, 15 dead animals had been found near Großinzersdorf, including one poisoned White-tailed Eagle, four Red Kites, and seven Common Buzzards. Shortly afterwards, a dead Common Buzzard with its talons removed was found near Haringsee, and now the bird conservation organisation BirdLife Austria received a report of a dead Common Buzzard near Ottenthal in the district of Mistelbach: shot, as the pathological findings showed