Imperial Eagle ringed in Hungary was spotted in Finland. 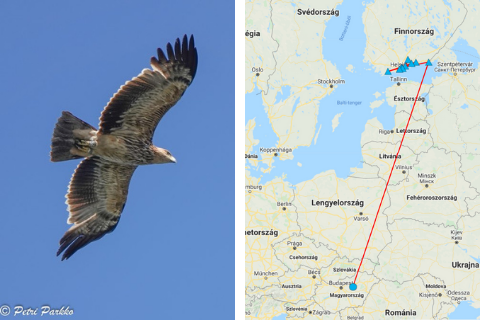 An Imperial Eagle that had been ringed in Hungary, was spotted in Finland. .

This is the first specimen that has been spotted in North-Europe, where the species is a rare visitor, so its appearance attracted birders from all over the country. The bird was spotted several times between the 18th and 16th of June, and was identified based on the coloured ring. 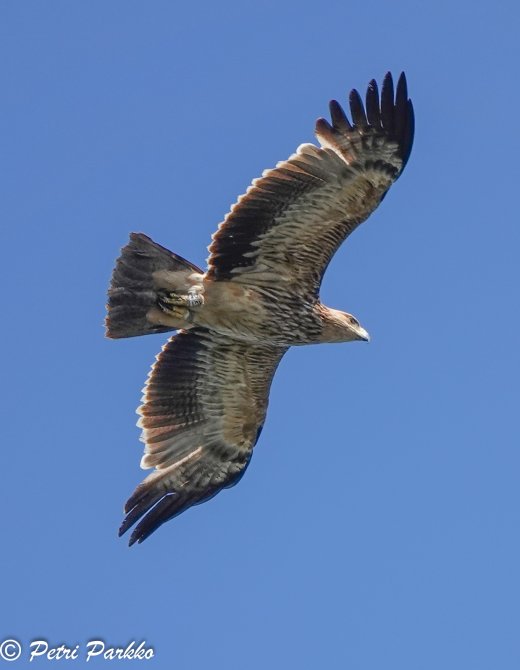 This particular Imperial Eagle was ringed in 2020 by Márton Horváth (BirdLife Hungary), near Jászivány.

The westernmost range of the strictly protected Imperial Eagle in in the Carpathian Basin. Adult birds stay in their breeding territories all year round, but the immature birds discover their surroundings, they can even parialy migrate to the Balkans, Anatolia and Africa. 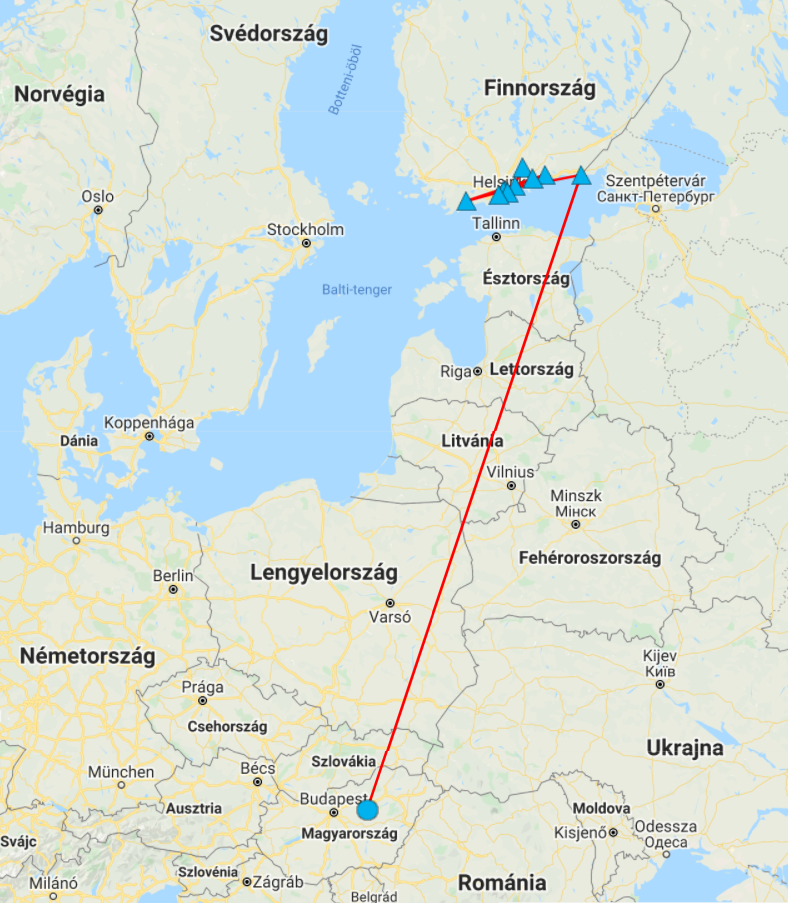 There has been sightings of Hungarian Imerial Eagles north of the Carpathian Basin before, but this is the northernmost sighting of the species. In 20115 a 3 year old bird was found in Poland, and in 2017 a 4 year old eagle was spotted in the Netherlands.