"Ladybird" in the Netherlands 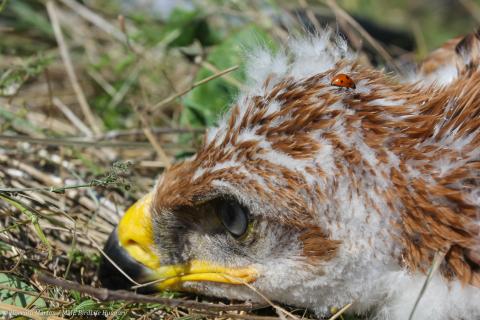 A vagrant Imperial Eagle has turned up in the Netherlands making a sensation. This is the second appearance of the species in the country so far, therefore, hundreds of birders were interested 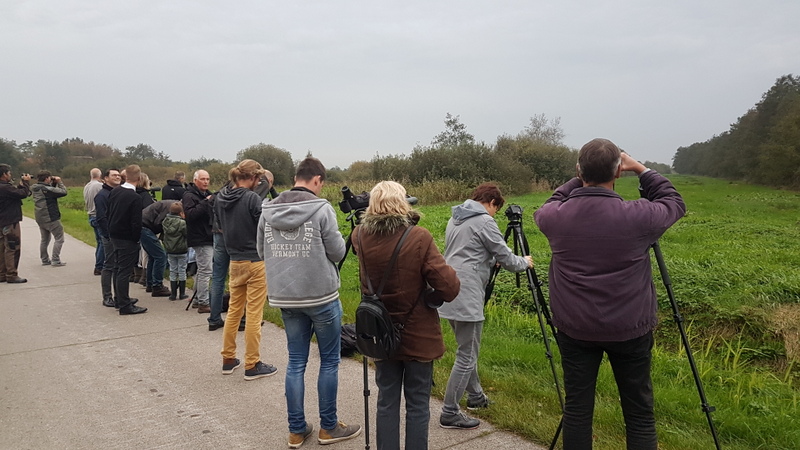 Quite a crowd assembled to see the imposing bird 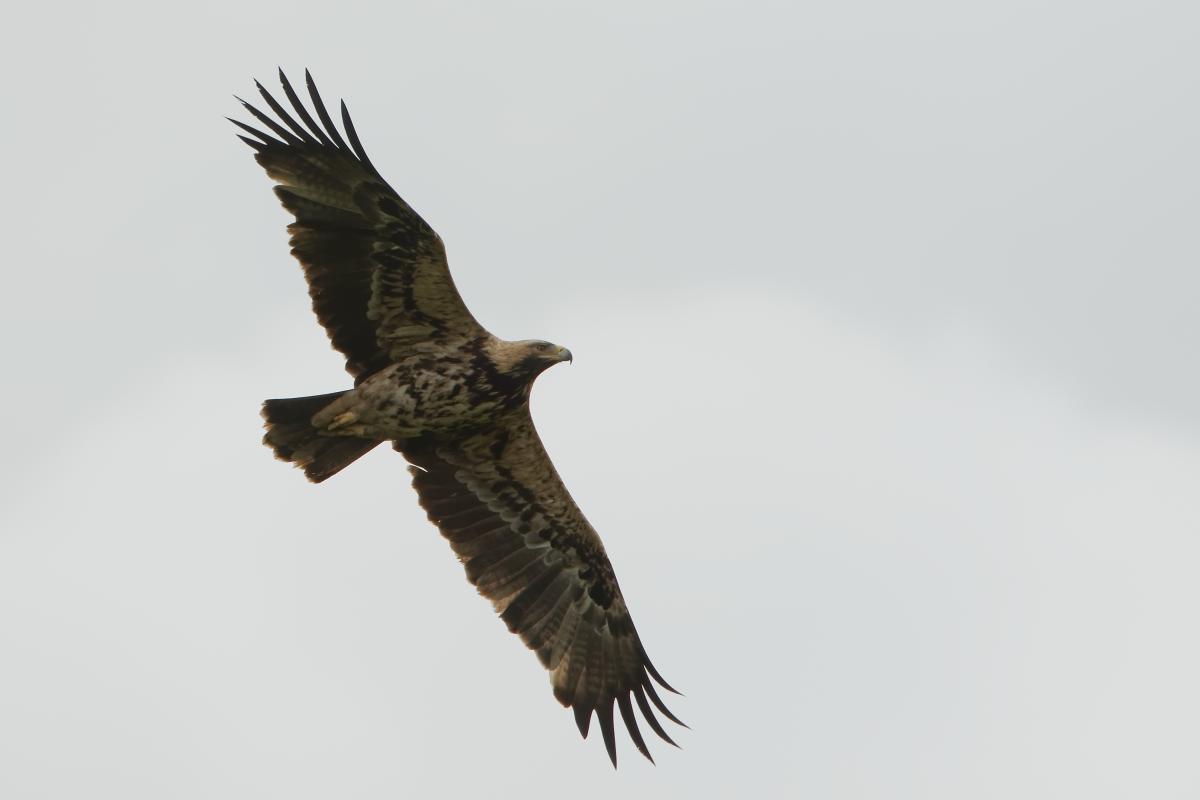 Pictures taken of the bird enabled experts to make out the last two digits of its ring, however, plumage characters ensured that it was actually an eagle that hatched in the Hungarian Great Plains in 2014. He was named "Ladybird" in the course of ringing, even though genetic analysis later on proved that it is a male bird. 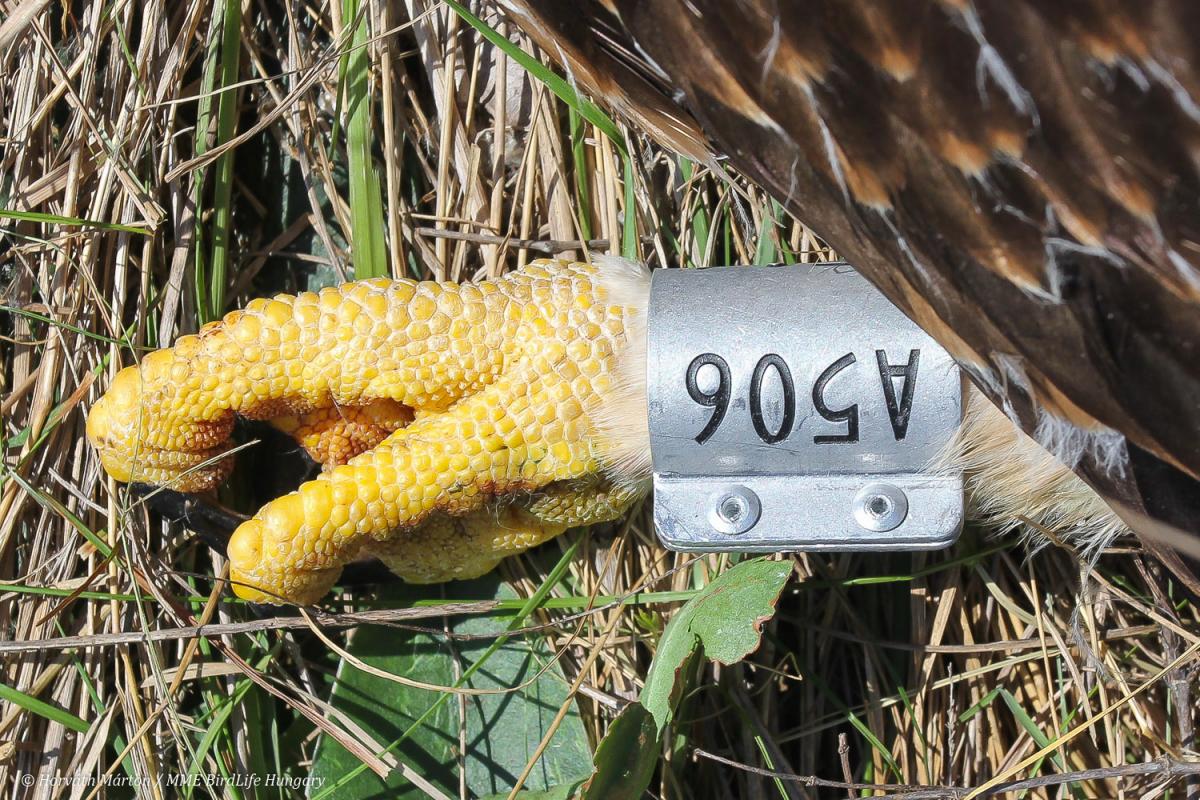 Ring on the foot of "Ladybird" (Photo: Márton Horváth)

Today, thanks to satellite-tagged individuals, we obtain millions of data regarding wandering and migration behaviour of Imperial Eagles, however, none of them ever flew this far in Western Europe. A very small portion of the population seem to possess exceptional exploring tendencies: renowned adventurers for example Gabi (who wandered around North-Africa and Italy) and Viktorija (who was born in Macedonia and flew to Kazakhstan after visiting Hungary).

The observation of another Imperial Eagle ten months ago in Italy, where also rare, adds special interest to this observation. Although, the ring could not be read then, based on the images taken of that bird we assume that it could have also been "Ladybird". Wether it was him or not, anyone can decide for him/herself by checking these comparison shots.

Comparing the feathers of the bird observed in Italy and the Netherlands (Photo: Agami Photo Agency)

We are grateful to Hans Pohlmann, Dick Forsman and the dutch birdwatchers for helping in the identification of the bird!