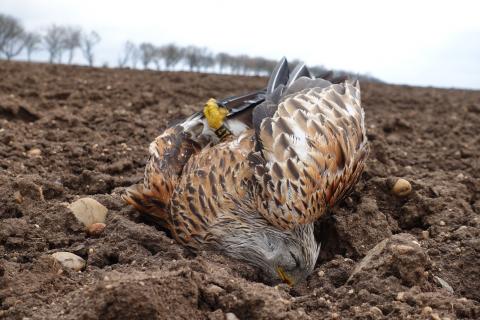 Poisoned red kites were found in Czechia in Hodonín District in the South Moravian Region and in Litoměřice District in North Bohemia. Both birds were equipped with GPS-GSM loggers that showed that birds were not moving. Thanks to this, the Czech Society for Ornithology (CSO) was able to found birds quickly. CSO dog handler Klára Hlubocká found another cadavers on both loations. All cadavers have been taken over by the criminal police which currently works on investigating cases.

The GPS-GSM logger, that the red kite had, showed that the bird was not moving at all. The ornitologists suspected that the bird was dead, which was confirmed on 14th March in the field when the bird was found. The young male of red kite was found in a position typical for poisoning (spasmodically spread wings and clenched claws), still with a piece of meat in its beak.

"The red kite was equiped with GPS-GSM logger in 2018 as a chick in the Hodonín District. This year, when he would reach the age of three, he could nest for the first time and, according to observations, he already had a mate", says Gašpar Čamlík from CSO.
GPS-GSM loggers, attached to the backs of birds, are a great way how ornithologists monitor the movement of birds and detect potential danger or death. The brother of the poisoned red kite and their mother are also equipped with GPS-GSM loggers. Frequent and accurate data of the movement of a bird provide information that is otherwise undetectable. "Thanks to the GPS-GSM logger, we know that this male wintered in Italy and returned to the area of his ​​birth to have a family there. But that didn't happen," says Čamlík.
On Monday, March 15, the CSO dog field unit searched an area where the red kite was found. About 40 meters from the red kite, they found a dead common buzzard, also poisoned.

Another killed red kite, also equiped with GPS-GSM logger, was found in Litoměřice District on Wednesday March 17. This bird was also found in a position typical for poisoning. Furthermore, the dog handler Klára Hlubocká moved 2.5 kilometers further to a place where, according to the GPS-GSM logger, the red kite was still alive and active.

"There's a place for collecting biowaste, where we found the remains of various animals (including raven), where predators probably go to feed on carrion. Nearby we found a common buzzard and also two martens - all with typical symptoms of poisoning," says dog handler Hlubocká, who is looking for poisoned baits and their victims with a specially trained Chesapeake Bay retriever Victory. 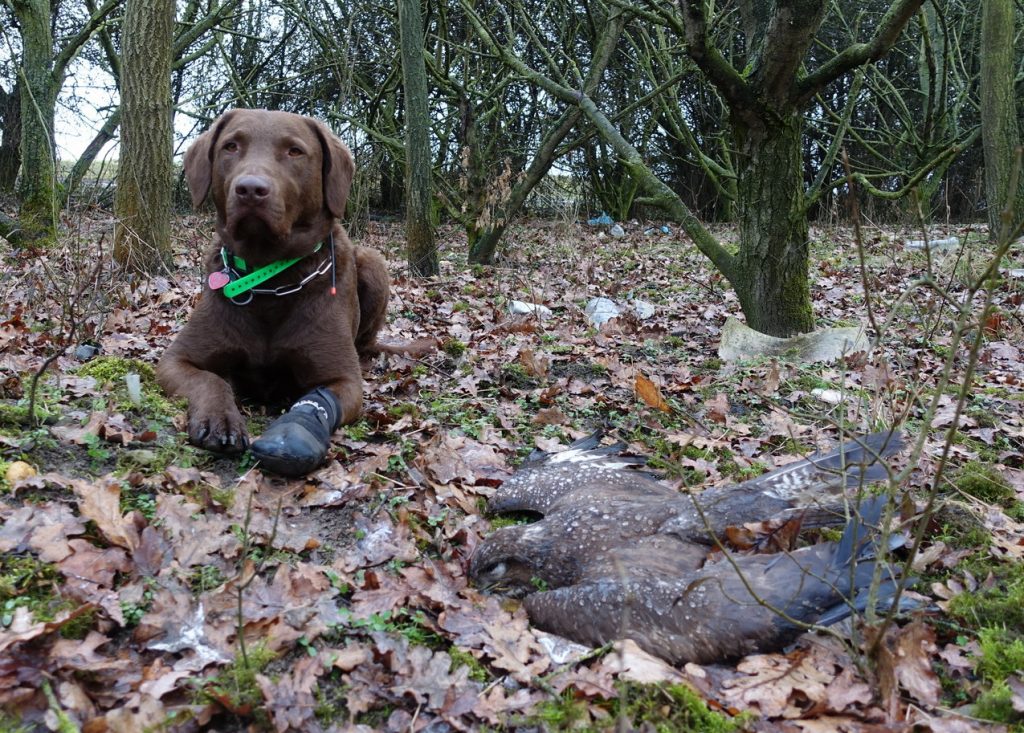 This year the police has taken over 6 cases of poisoned animals from CSO so far. Since 2017 it's been 80 cases that the police took over from CSO.