Rescued eagle celebrates his 3rd birthday with an offspring 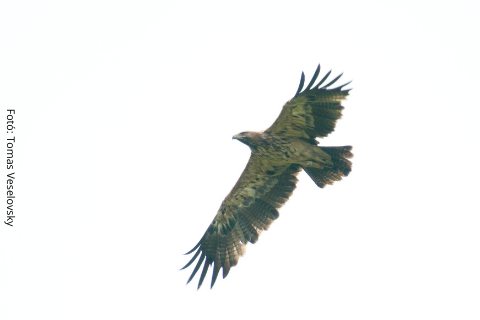 Although we deal with Imperial eagles on a daily basis, in most cases we wouldn’t be able to share much more information about ringed birds than their place of birth and - thanks to a few observations - the territory of their choice.

There are special individuals however, whose life history is unconventional, so they definitely deserve a more detailed introduction.

“Kurszán” was born in 2017 in a nest on the Hevesi Plain, where he was ringed on June 30th, 2017. His brother was also ringed, but he got a satellite tag as well, in the scope of the RaptorsPrey LIFE program. Unfortunately, we could not collect much data about the tagged bird, as his carcass and the severed satellite tag were found in September by the rangers of the Bükk National Park Directorate. “Kurszán” was more fortunate, as when the rangers were looking for his brother’s satellite tag, the team peeked into a nearby, disused old well out of sheer curiosity, in which a seemingly healthy young Imperial eagle perched on a protruding tree branch.  Most probably those, who killed his brother, „helped” him  climb into the well… The new birthday of the rescued eagle became the 5th of September 5, his rescuers named the young Imperial eagle “Kurszán”.

The well, and “Kurszán” waiting for his rescuers (Photo: Attila Ferenc, BNPI)

The weak, young bird was taken to the Eagle Center in Jászberény, it took the keepers 4 months to bring the eagle to a suitable condition for release. In the hope of a more fortunate future, “Kurszán” was released on January 16th, 2018 with a satellite tag on his back, in the company of another rescued eagle, “Hans.”

Thanks to the satellite tag, we know that „Kurszán” since roamed the whole Carpathian Basin, just like great conquerors do (the original Kurszán was a leader who had a crucial role in the Hungarian Conquest).

In the spring of 2019, he settled down and occupied an ancient eagle territory in the Vértes Mountains, where an old female was alone and although they occupied a nest, there was no breeding, probably due to „Kurszán’s” young age. 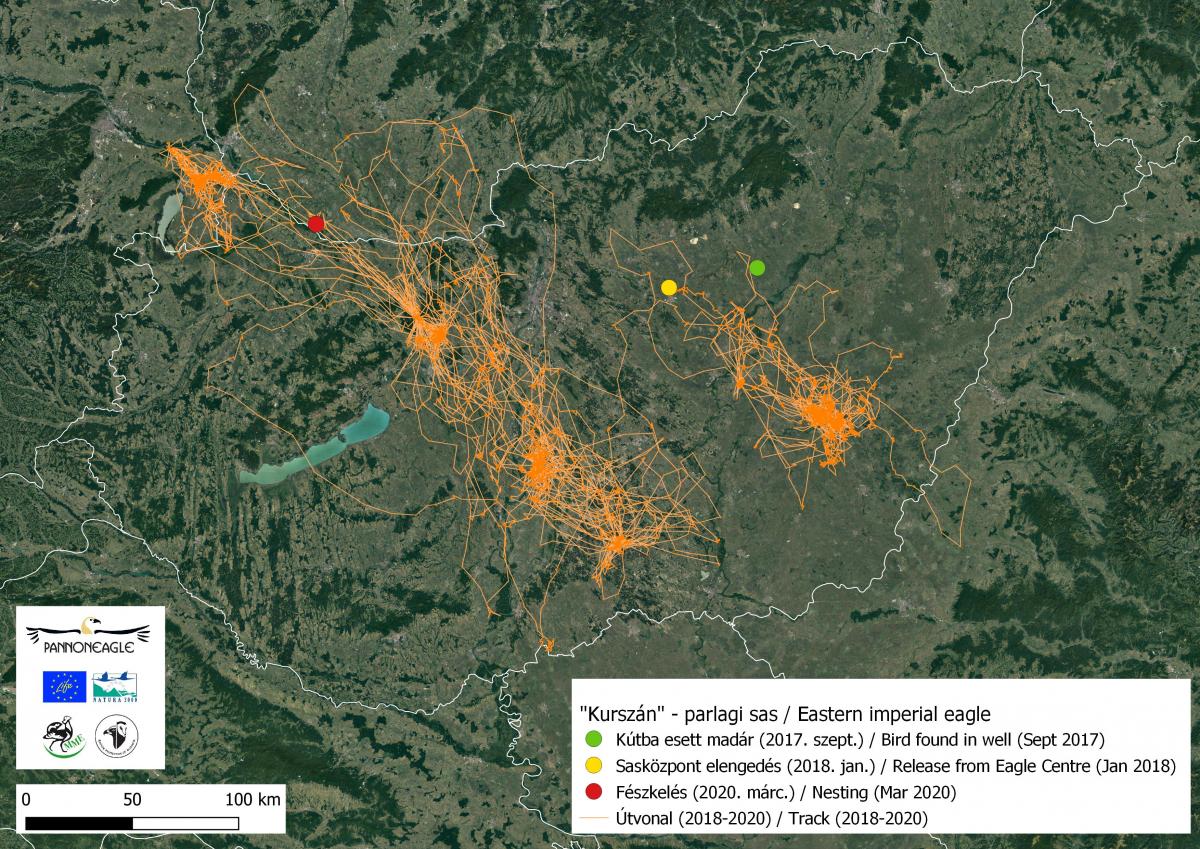 After a year of some more wandering about, he returned to the Vértes in the spring of 2020, but every few days he regularly visited an Austrian territory 160 km away.  Then all the sudden he settled in an area in Western Slovakia, where colleagues of Raptor Protection Slovakia (PannonEagle LIFE project partner) found the nest, which he had built with a female one year his senior.
Although they started breeding 2 weeks later than other eagles, their chick successfully fledged.

"Kurszán’s" mate and their chick in the nest (Photo: Tomas Veselovsky, RPS).

This is how “Kurszán” celebrated his third birthday. Let’s hope, that after an eventful start in life, he can now live the “ordinary” life of eagles for many years to come and provide us with a wealth of valuable data.