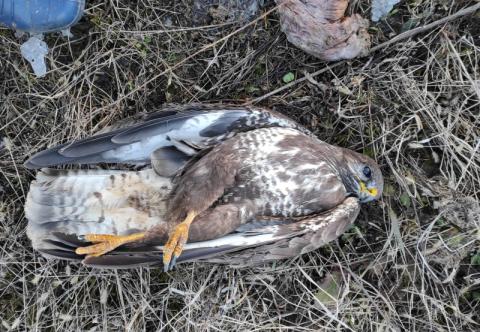 The public plays a key role in discovering bird crimes. Thanks to the information provided by the observant people, we have managed to discover several cases which would have remained unnoticed and the criminals would most probably have continued in their illegal activities.

The Raptor Protection of Slovakia (RPS) gets messages about dead raptors from people on a regular basis. With the series of questions we try to find out as much information on the discoveries as possible. Subsequently, we check the given information directly in the field in order to rule out the natural cause of death or electrocution. If the finding is confirmed to be suspicious, we contact the police.

We’ll give you two examples. A person contacted our organisation that he found a dead Common buzzard near some meat. He took a picture of the finding and sent it to us with its localization. It was clear from the picture that we dealt with an illegal poisoning. We immediately contacted the police which documented the finding and started the crime investigation. 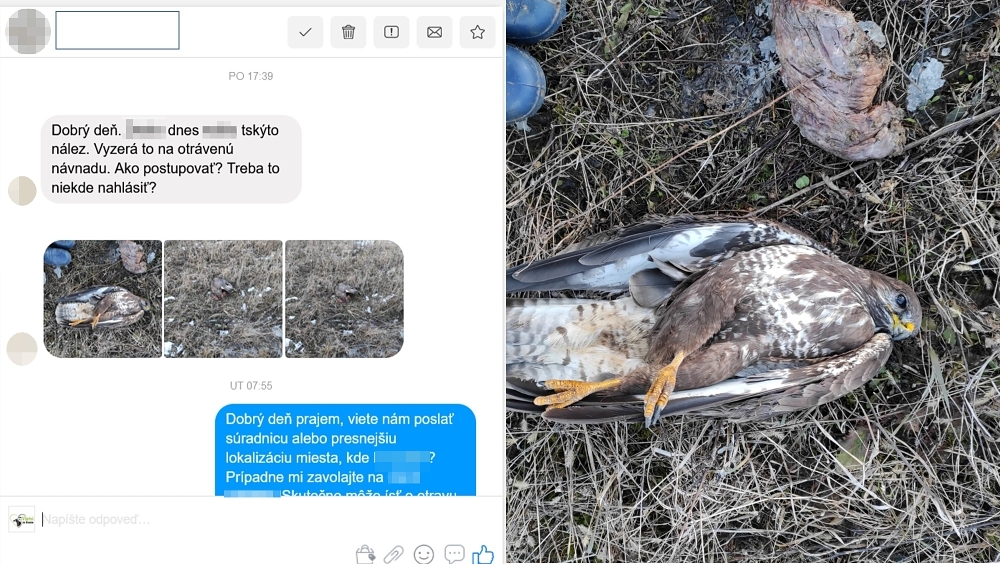 The second example is of a dead Eurasian eagle-owl. We got the information about a dead Eurasian eagle-owl which a person had accidentally found while taking a walk. We checked the information right at the location and found the dead eagle-owl. It was wearing an ornithological ring, it was in a good shape with only a small suspicious wound on its body. The x-ray confirmed a gunshot wound and a small shot lodged in the body. The police started an investigation. 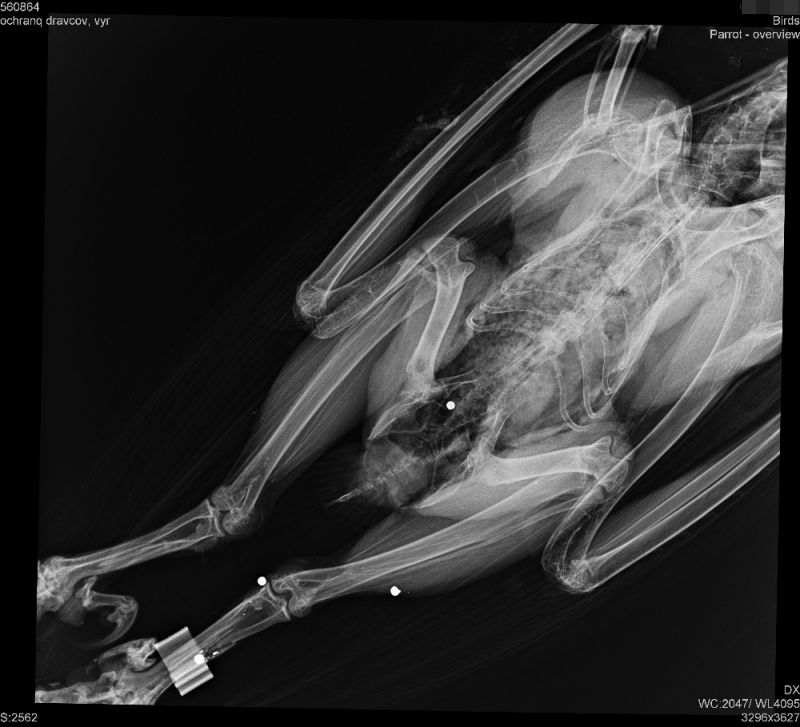 The role of the public is crucial. So if you go for a walk and find a dead raptor or a poisoned bait, don’t touch it. Just take a picture, write down the coordinates and send us the information through the Birdcrime app, web form “Report a case”, to our e-mail address or via messenger. Thank you for helping us in protecting the nature.