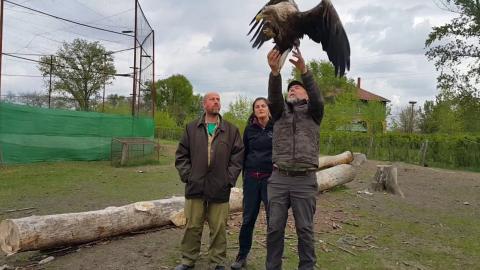 Poisoning of raptors in Serbia is not halted! The newest proof for that is the most recent case which has ended positively thanks to prompt reaction of conservationists of PannonEagle project and volunteers. Exhausted adult White-tailed Eagle was found near Sanad (in north Banat) early in the morning on 6 April by local hunting ground manager Ljubiša Oluški. The bird was located in the field, showing visible symptoms of poisoning.

After consultations with the Institute for Nature Conservation of Vojvodina Province, reaction of conservationists was prompt. The bird was threated by falconer Buza Tibor and veterinarian Ágoston Atilla, as well as Milica Mišković, ornithologist of Bird Protection and Study Society of Serbia. The eagle has regurgitated entire stomach contents after threatment with the antidote. The recovery was very fast and bird was released on following day, especially bearing in mind that it was found nor far from the active nest. „Fast release was important as in this period of the year White-tailed Eagle’s chicks in the nest require large quantities of food, brought to them by restless parents“, says Nikola Stojnić, manager of PannonEagle project in the Institute for Nature Conservation of Vojvodina province. 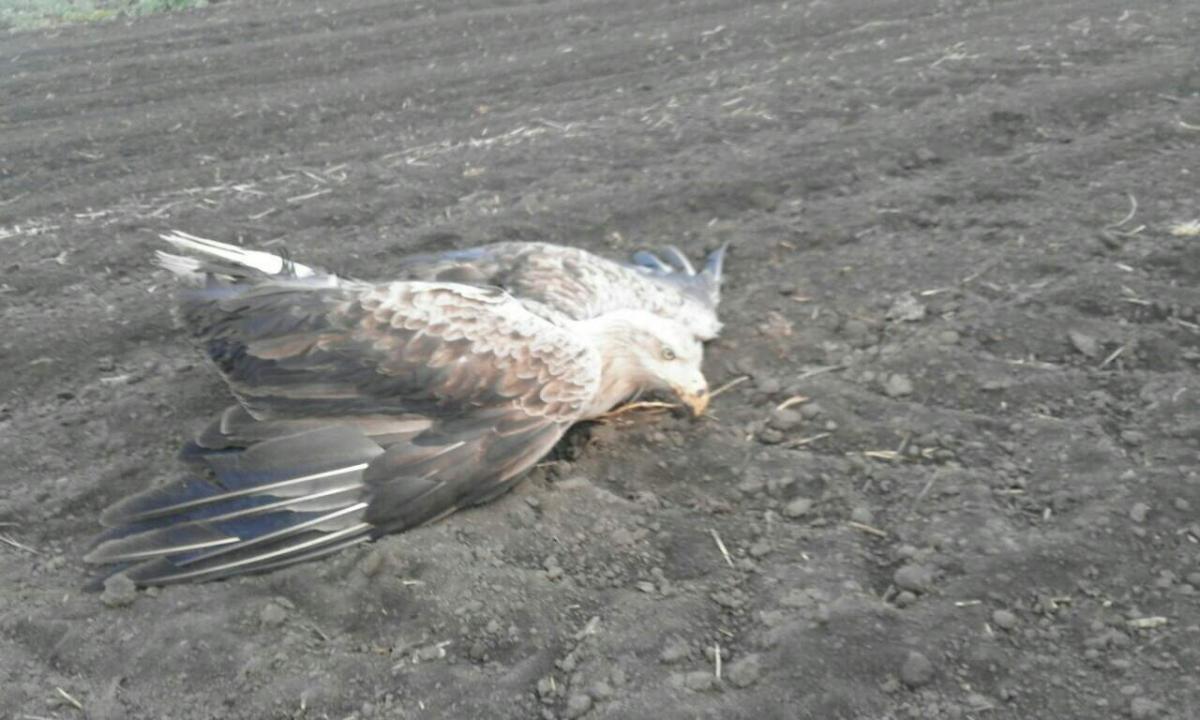 Ornithologists working in this project have recognized in this case another attempt of poisoning, although bait was not found. They are pointing out that all pesticides on the basis of carbofuran (Furadan 35 ST, Carbodan and others), are banned for use and selling in Serbia. For the reason of their wide irresponsible use, large number of strictly protected birds are victims of posoning, consuming meet or plants thrated by this substance. Such an early discovery of poisoned individual is very rare and therefore fast reaction of dedicated conservationists with this positive outcome is encouraging.