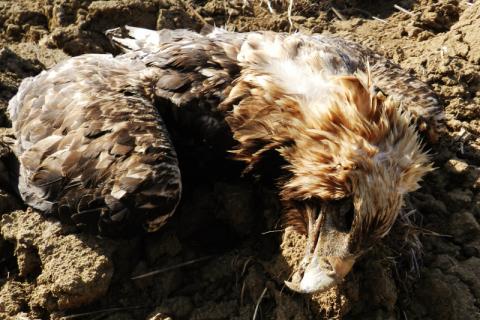 The carbofuran killed again critically endangered raptor. The case is being investigated by the State Police.

Female of the Imperial eagle was hatched in 2012, in the nest from Brěclav district. Position of body, clenched claws and any evidence of external injuries predicted possibility of poisoning by carbofuran.