The most serious bird crime cases in Slovakia (Part 1) 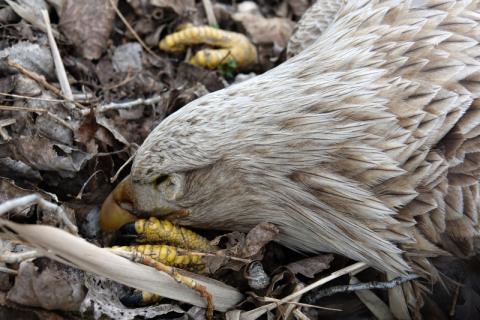 Within the LIFE Pannon Eagle Project we came across many bird crimes. Several cases left a bigger mark than others. In this series of articles released in instalments, we will present some of them to you.

It was March 2018. The spring was cold, it was freezing since the morning and the wind was blowing. In cooperation with the State Nature Conservancy, we were called out to dead white-tailed eagles in the vicinity of the Neded village, in the western Slovakia. There were two dead young birds in the locality. One of them was wearing a Slovak ornithological ring. Thanks to the ring, we were able to find out that this bird had hatched in this very locality in the last year. There was a reason to believe that these eagles had been poisoned intentionally. Therefore, we began searching the surroundings. It didn’t take too long for us to find a third eagle, only this time it was an adult. Then we found a fourth one right under the nest. It was a pair which had been breeding in that time. When we checked the nest, we found dead fledglings and a raven. Six poisoned White-tailed eagles in one locality! 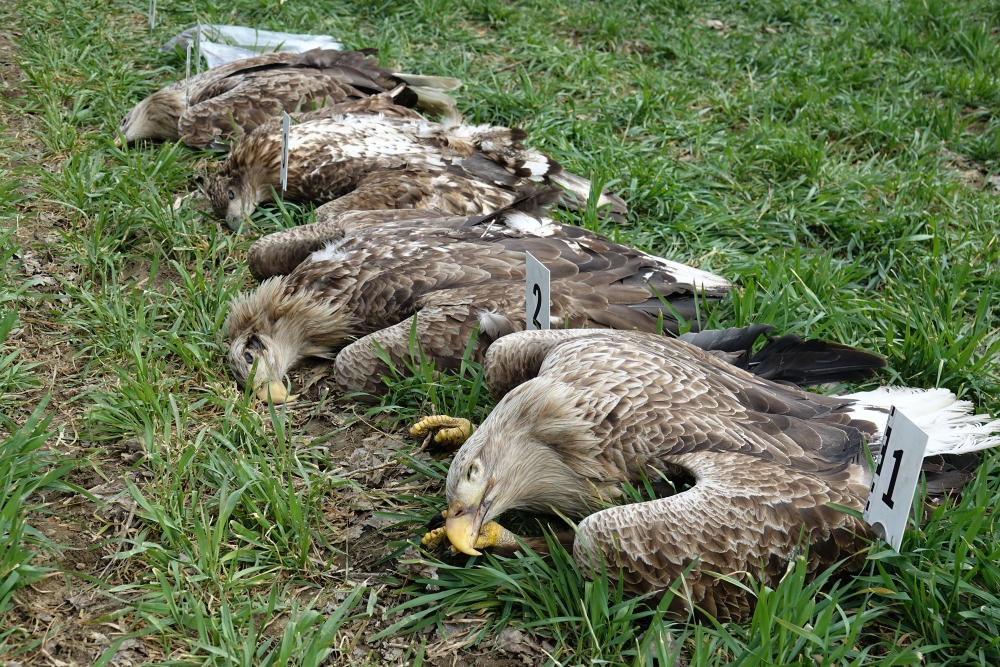 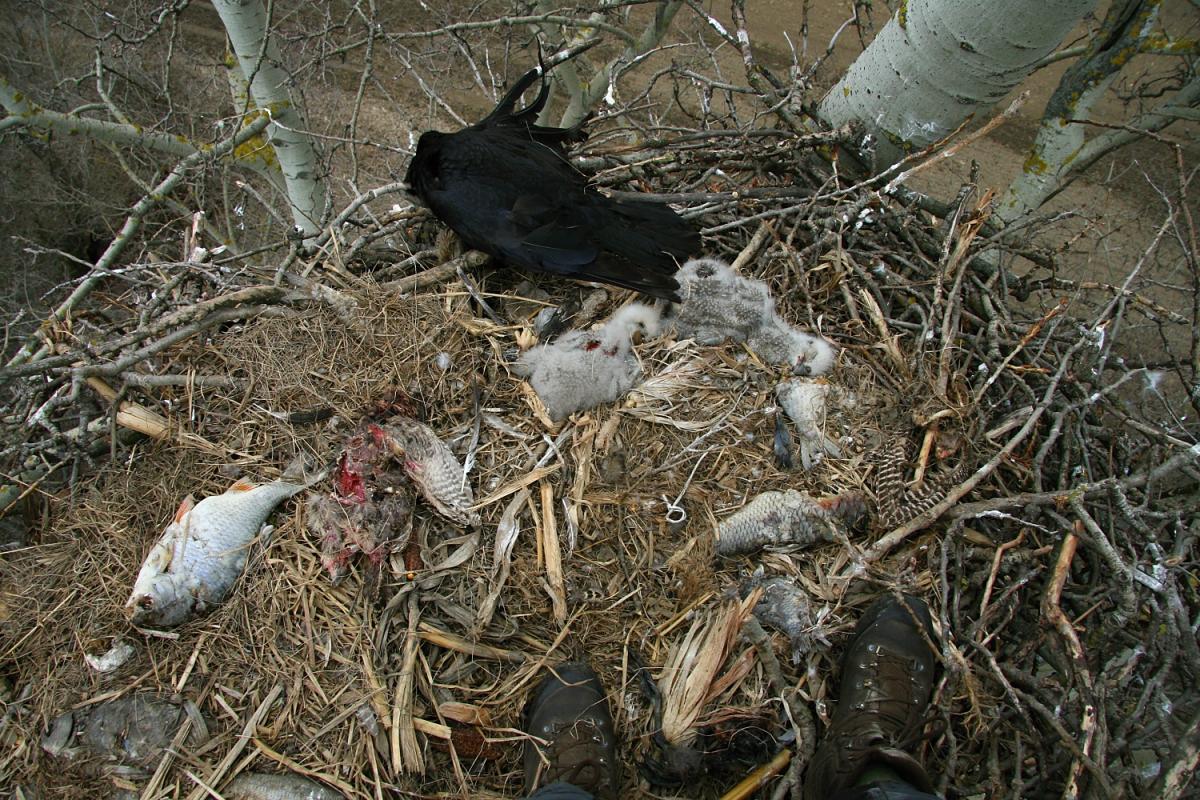 The police documented the case and started the investigation.

October 2018. In cooperation with the River Department of the Police Force with their dogs specially trained for tracking down poisoned baits, we preventively checked this locality. The finding was shocking. We found other three dead White-tailed eagles. Two of them had died recently, the third had died most probably in spring, as we found only the skeleton. In addition to the dead eagles having the marks of poisoning, we found also jaw traps near the fox and badger burrows.

January 2019. We preventively check the high-risk localities. During such a preventive check in January 2019, a member of the Raptor Protection of Slovakia found skeletal remains of a White-tailed eagle. It was probably an individual which we had not found before due to the dense vegetation cover.

In the course of one year, there were 10 probably poisoned White-tailed eagles found in one locality.