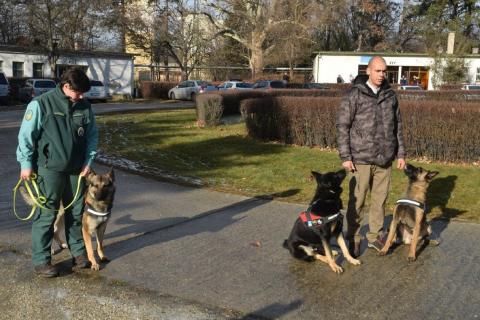 05.12.2017.
"Samu" and "Carlo", the two new poison and carcass-detection dogs of the Kiskunsági National Park Directorate and MME/BirdLife Hungary have been introduced to the press. As a fruit of the cooperation between these two organizations, the Kiskunság NP will be the first national park in Hungary, where a canine unit helps the efforts to reduce and prevent poisoning cases.

Despite all the efforts made to protect the globally threatened Imperial Eagle, poisoning still pose a serious threat to them both here and abroad. MME/BirdLife Hungary and its partners, among them the Kiskunsági NPD, may continue their efforts between 2017 and 2021 to further reduce the number of poisoning cases with the financial support of the European Union. The total budget of the project named „Conservation of the Eastern Imperial Eagle by decreasing human-caused mortality in the Pannonian Region” is 3,583,577 EUR and it will perform numerous actions in Slovakia, the Czech Republic, Austria, and Serbia besides Hungary.

Beside the dogs' debut, the project achievements have also been introduced (Photos: András Attila Takács and Márton Horváth )

As part of the project, KNPD and MME/BirdLife Hungary bought and trained two additional poison and carcass detection dogs. Until now, there was only one such trained dog not only in the country but also in the region: "Falco", who greatly contributed to the detection and reduction of illegal poisoning cases committed against birds of prey. In the past four years, the couple carried out 547 searches and helped the authorities with crime-related findings in 201 cases. The achieved results confirmed that creating more canine teams is well justified. "Carlo" the Belgian Shepherd, one of the trained dogs, will be part of these teams.

The other special dog, named "Samu", is a German Shepherd, and he works in the state nature conservation service with Anna Gálos national park ranger from December 2017 within the Kiskunság NPD. This way the Ranger Service may act more effectively against illegal bird poisoning related crimes. 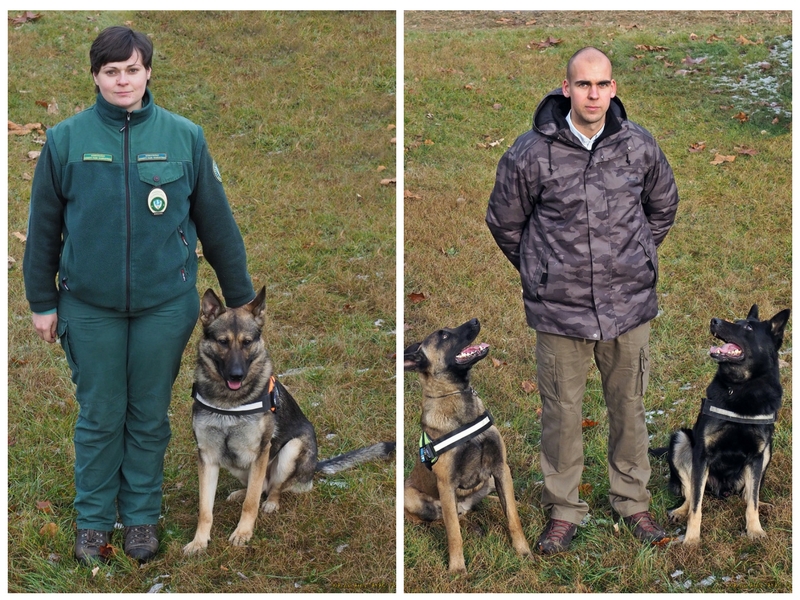 After being trained for several months how to find poisoned baits and carcasses, they passed the official exam in the Training Institute of the National Police Headquarters successfully and became certified professional detection dogs. From now on, they will relentlessly patrol important bird habitats and raptor poisoning crime scenes. Their main task will be to find poisoned baits and carcasses of protected and strictly protected birds fell victim to those, as well as, to help a special team of the National Bureau of Investigation in their work.

In the majority of the cases, carbofuran based pesticides, although banned in the EU in 2008, cause the deaths of birds. In the past few years, deliberate use of carbofuran led to the death of several thousand birds throughout Europe. From nature conservation aspect the White-tailed and Eastern Imperial Eagle are in the most worrying situation since they have suffered the largest loss compared to their population figures. Between 2012 and 2017, altogether 56 White-tailed and 36 Eastern Imperial Eagles fell victims to poisoning in Hungary. Such continuing tendency would even put the existence of the Central European populations of these eagle species at risk in the long run.

The Kiskunság NPD and MME/BirdLife Hungary have high hopes that these three dogs and their professional handlers will make substantial progress to reduce illegal poisoning cases and track down culprits.