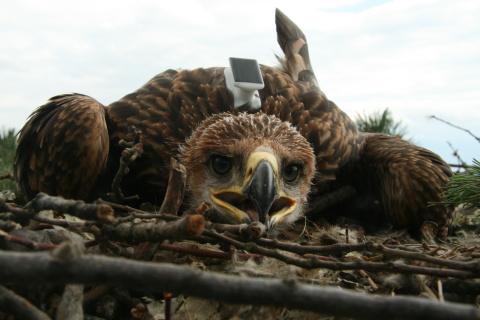 Zora and Štefania are young imperial eagles that fledged in 2017. They are tracked by ornithologists from Raptor Protection of Slovakia using GPS transmitters within a framework of the LIFE PannonEagle Project.  Both females prove to be surprising travelers.

Recently they have both independently visited Belarus. GPS tracking of raptors helps to uncover not only some “secrets” from eagle life but also illegal practices of people negatively raptors.

“In the summer of 2017, within a framework of the PannonEagle Project, six young imperial eagles were tagged with GPS transmitters: three of them from Western Slovakia and three from Eastern Slovakia. These are lightweight devices that are fixed to the body like a backpack and its battery is continuously recharging by a small solar panel on the surface of the device. The data that GPS transmitters send us are extremely valuable. We find out where the eagles are moving and, at the same time, we know whether they are active and thus okay.  At present, only two GPS transmitters fixed on Zora and Stefania remained active. One tagged young died last year from a respiratory disease.  Young female Zuzana was found poisoned on 26 December 2017 near the Diakovce village. Two other youngs, Sara and Peter, disappeared without a trace. Even field survey at the area of their last known location did not bring any results.  They could have died, although the reason can still be a failure of the device," Tomáš Veselovský from Raptor Protection of Slovakia said.

“Based on the data from the GPS transmitters, we know that Zora has already visited 9 countries and Stefania  even 10 ones. We were most surprised that the two individuals independently made their trip to Belarus.  Both eagles have been currently staying in Hungary. We can´t wait to see where they will fly next days. Data from GPS transmitters confirms the well-known truth that nature does not know national boundaries. Therefore, international cooperation  and effort is inevitable for the effective conservation of the imperial eagles, “ Veselovsky concluded. 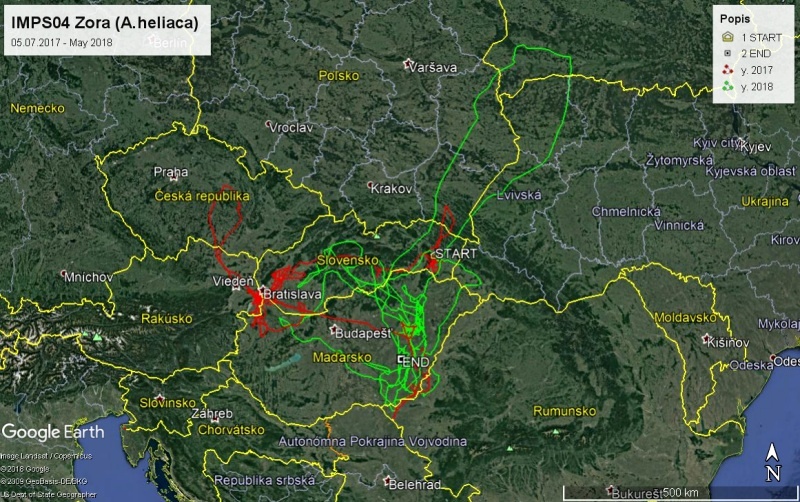 The route of "Zora" 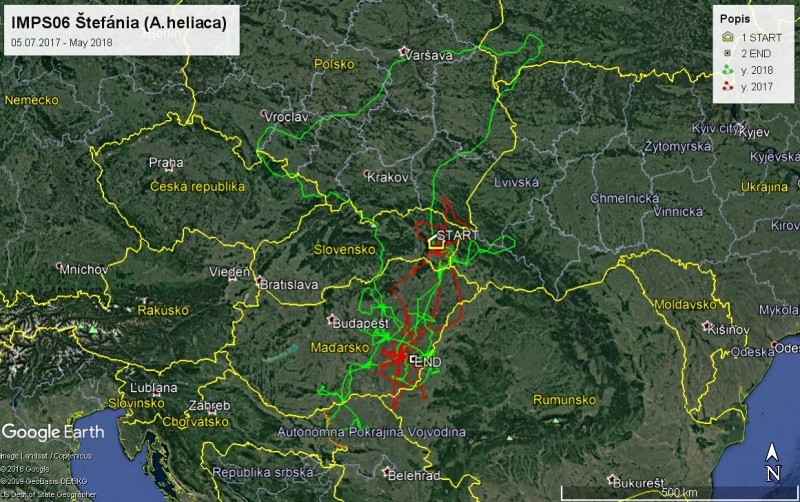