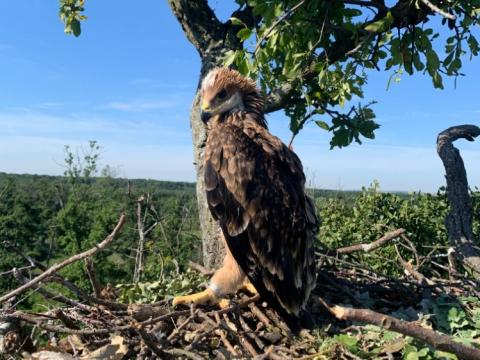 In the 2020 breeding season six pairs were successful in Czechia and raised seven chicks. In total, birds occupied thirteen territories, all in southern Moravia.

Last year, Imperial Eagles had six chicks in Czechia. "The most chicks in the history was in breeding season 2016, when six pairs raised twelve chicks," informs Horal.

This year, the Imperial Eagles had a good luck. Ornithologists have not recorded any poisoned individuals, but humans continue in killing birds, including endangered birds of prey.