Common buzzards in the trap - suspected animal cruelty under investigation 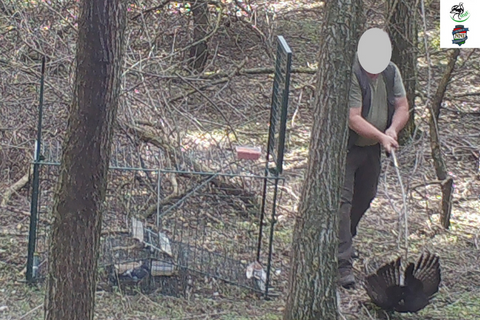 Evidence first appeared in the Autumn of 2020 in the case when police investigation was initiated according to wildlife camera recordings. It was suspected that protected bird of prey were targeted by animal cruelty in connection with misuse of legal traps) 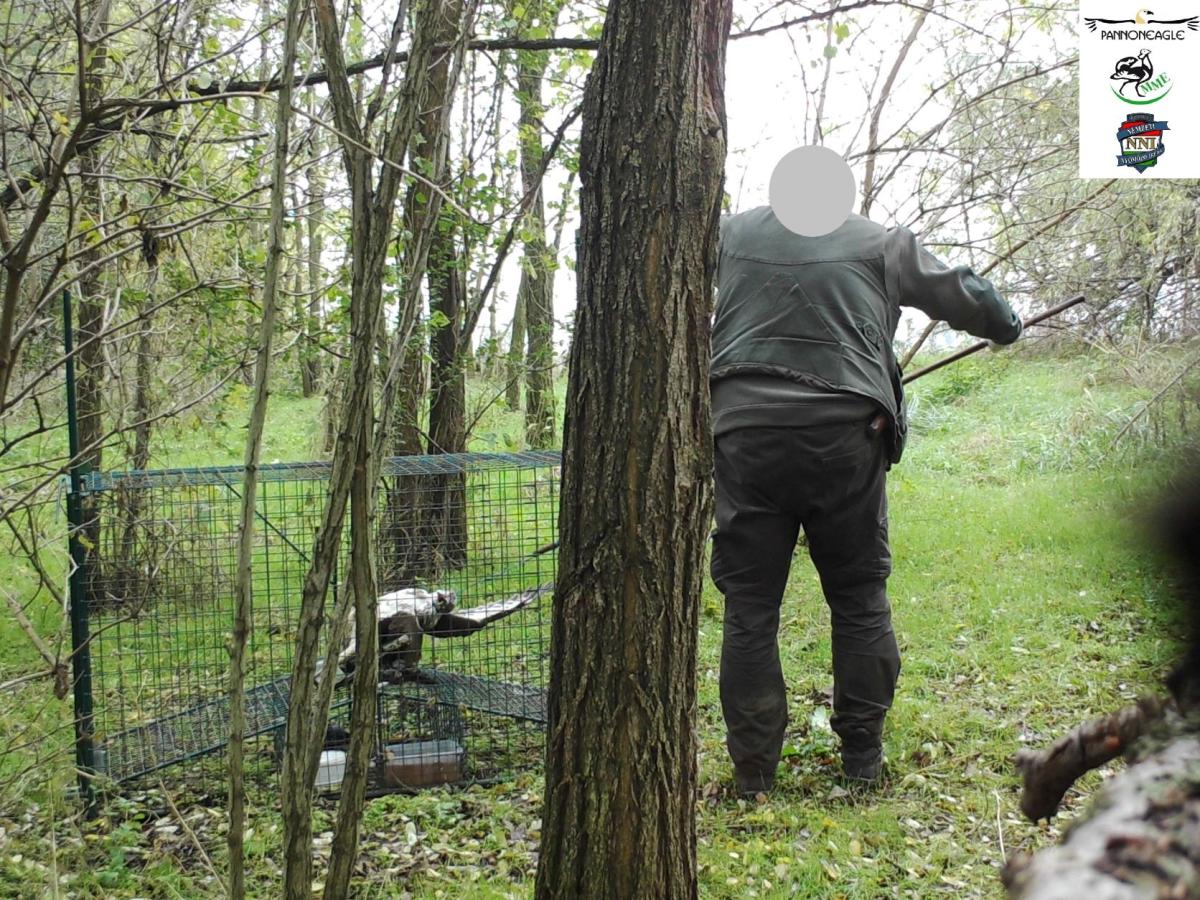 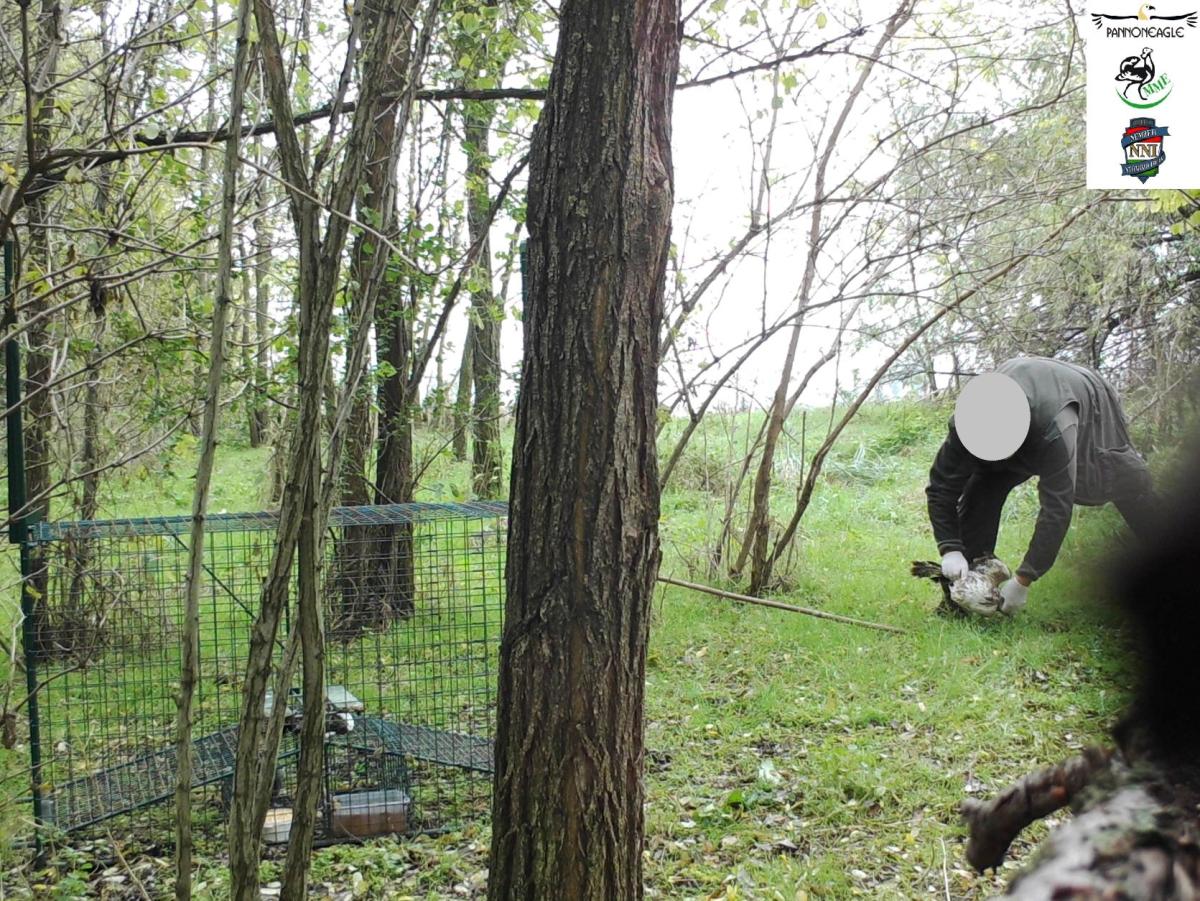 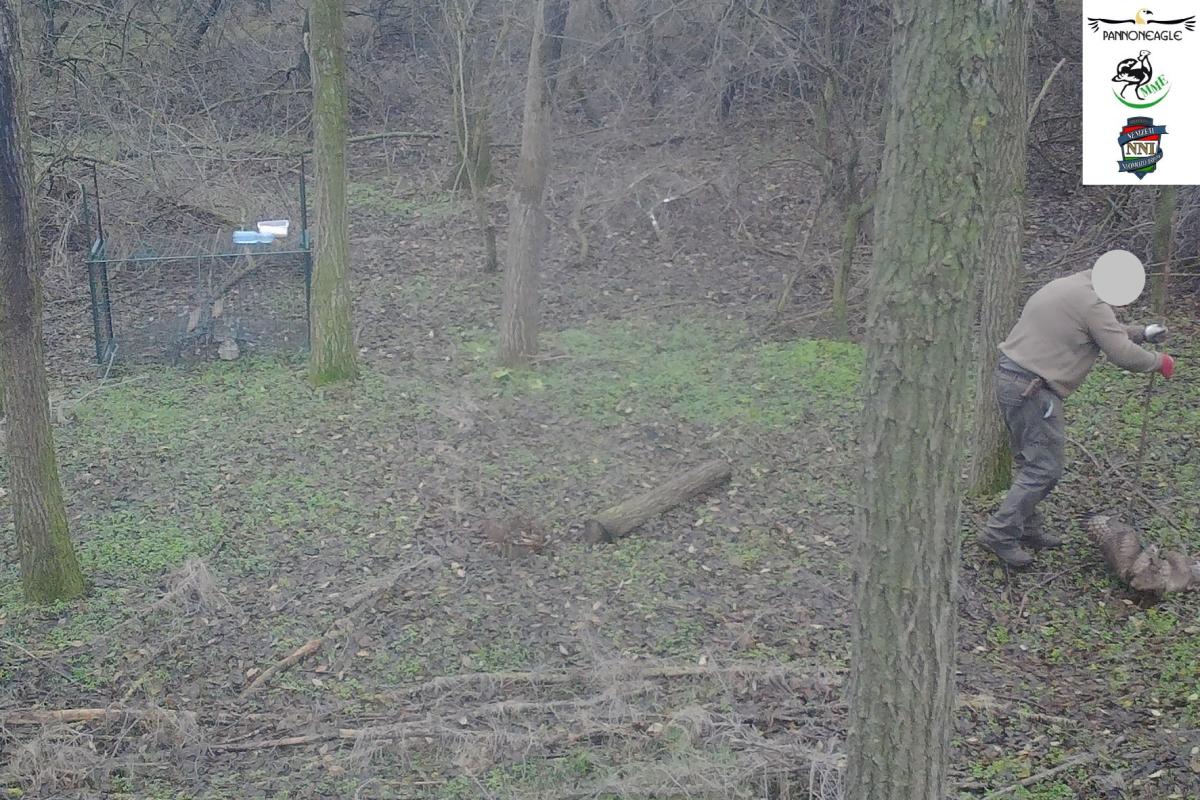 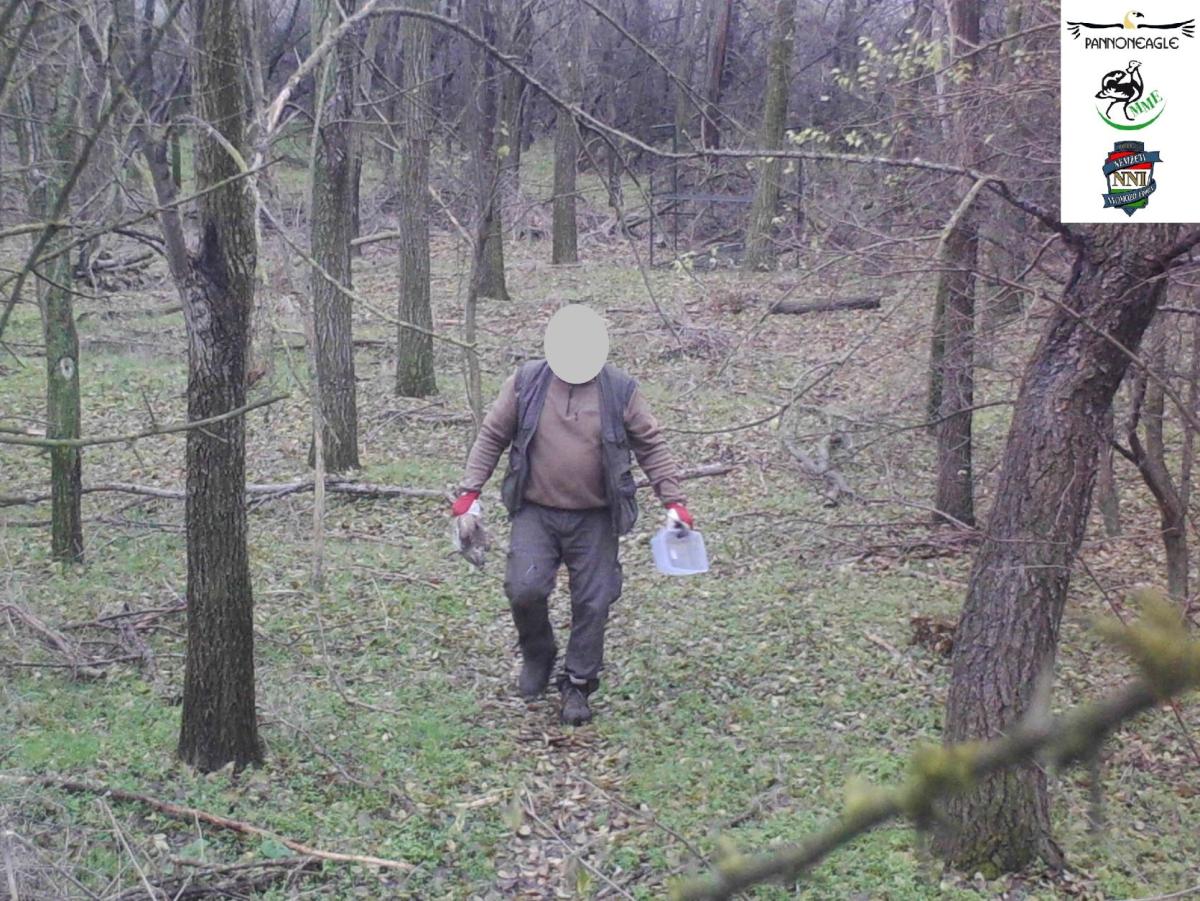 By simply opening the trap, it would have been possible to ensure the safe release of the protected birds in any case, so that neither the birds nor the trap operator would have been injured, but according to the wild camera recordings, this never happened.

In Békés County, the carcasses of several birds of prey that had died for unknown reasons were previously found.  In cooperation with the MME Birdlife Hungary (MME) the National Bureau of Investigation (NNI) started monitoring of trapped animals and the examination began. The suspect operated many live-traps, which are legally authorized for game management against predatory mammals (fox, badger, beech marten, domestic ferret). Based on the wildlife camera recordings, it was proven in at least 11 cases that protected birds of prey (ten buzzards and one goshawk) were caught in the traps, which should not have been harmed, as they must be released immediately after daily inspections. 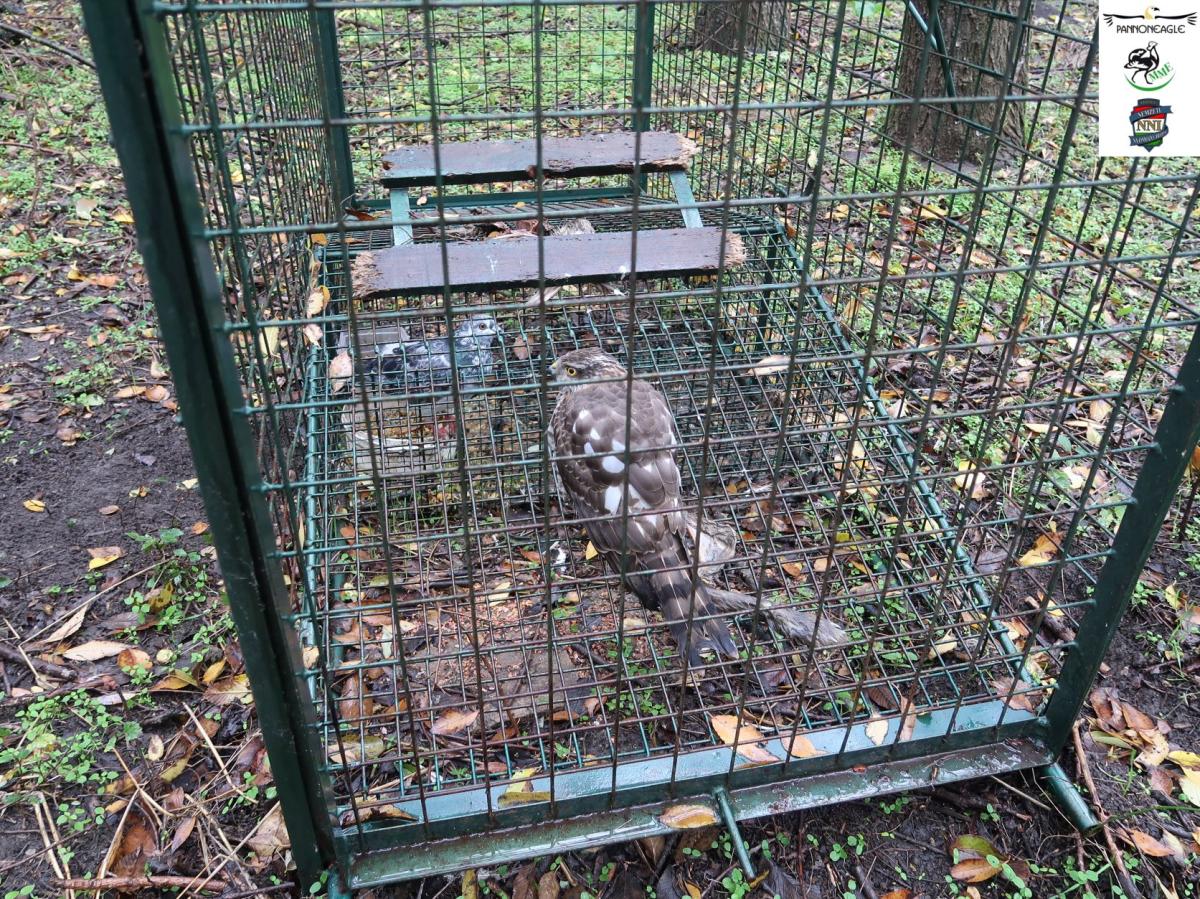 By simply opening the trap, it would have been possible to ensure the safe release of the protected birds in any case, so that neither the birds nor the trap operator would have been injured, but according to the wild camera recordings, this never happened. The suspect pulled the protected birds out of the trap by their necks with a specially prepared looped pole, which caused unnecessary suffering and presumably permanent injuries or even death. In all recorded cases, the birds pulled out of the trap were taken away by the suspect instead of being released, which on the one hand is an activity that requires an official permit, and on the other hand, it cannot be ruled out that the birds died or that further illegal activity took place.

Some of the wildlife cameras were stolen by unknown offenders, but by then sufficient evidence had been collected for the police investigation. The activity has likely been taking place in the area for a time and with the number of traps, it potentially affected hundreds of protected birds

MME Birdlife Hungary expects that if the criminal facts of animal cruelty, nature damage and/or poaching will be proven during the successful investigation and prosecution process, then the court will pass a sentence that corresponds to the severeness of the case.

MME still supports raptor-friendly game management practices, but a review of the legal and practical regulation of trap use must be arranged in the near future. In recent years, our association also experienced many cases where animal cruelty or natural damage occurred unintentionally, but improper operation of the trap caused the death or injury of protected animals. Such a case occurred in December 2020, for example, in the operational area of ​​the Róna Hunting Company in Hódmezővásárhely, where five barn owls were captured in an improperly neutralized crow trap, four of which died of hunger or thirst, and the fifth only survived the incident thanks to the intervention of our colleague. It is in the common interest of wildlife management and nature conservation that the various types of traps are operated professionally by those authorized to do so, and that there is no accidental damage to nature or animal cruelty.

Pictures show some examples from footages how the perpetrator pulling common buzzards out of the traps with a looped pole made in advance for this purpose: Buzzards in the trap