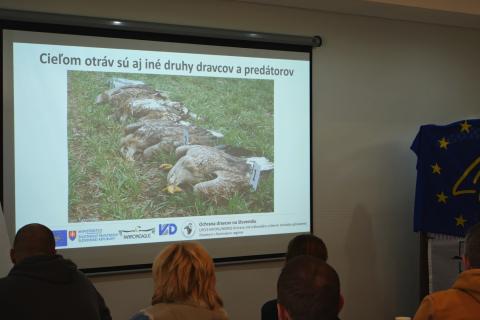 In the past, less attention was given to the issue of illegal poisoning of birds of prey compared to other types of environmental crime.

Therefor Raptor Protection of Slovakia (RPS), working with the Department of Hazardous Materials Detection and Environmental Crime at the Police Corps Presidium’s national headquarters for specific crimes, to conduct a series of twenty seminars in 2018 and 2019, which were attended by 600 police officers, prosecutors, district authority staff members and representatives from the State nature conservancy and District veterinary and food administrations. Here they learned about bird crime and the problems it causes. An introduction into the theory of bird crime was complemented by a practical workshop focusing on the correct procedure for documenting evidence at the crime scene and on safety measures for protecting raptors.  The seminars also pointed out the various chemicals and poisons perpetrators have used in poisoned baits that are likewise dangerous to human health.

Changes in legislation and a new organisational restructuring of the environment police subsequently led to another round of workshops for more than a hundred people, which is currently underway. It is RPS’s desire for information passed on at these workshops to aid all government institutions involved in combating the illegal poisoning of birds of prey and other forms of bird crime. 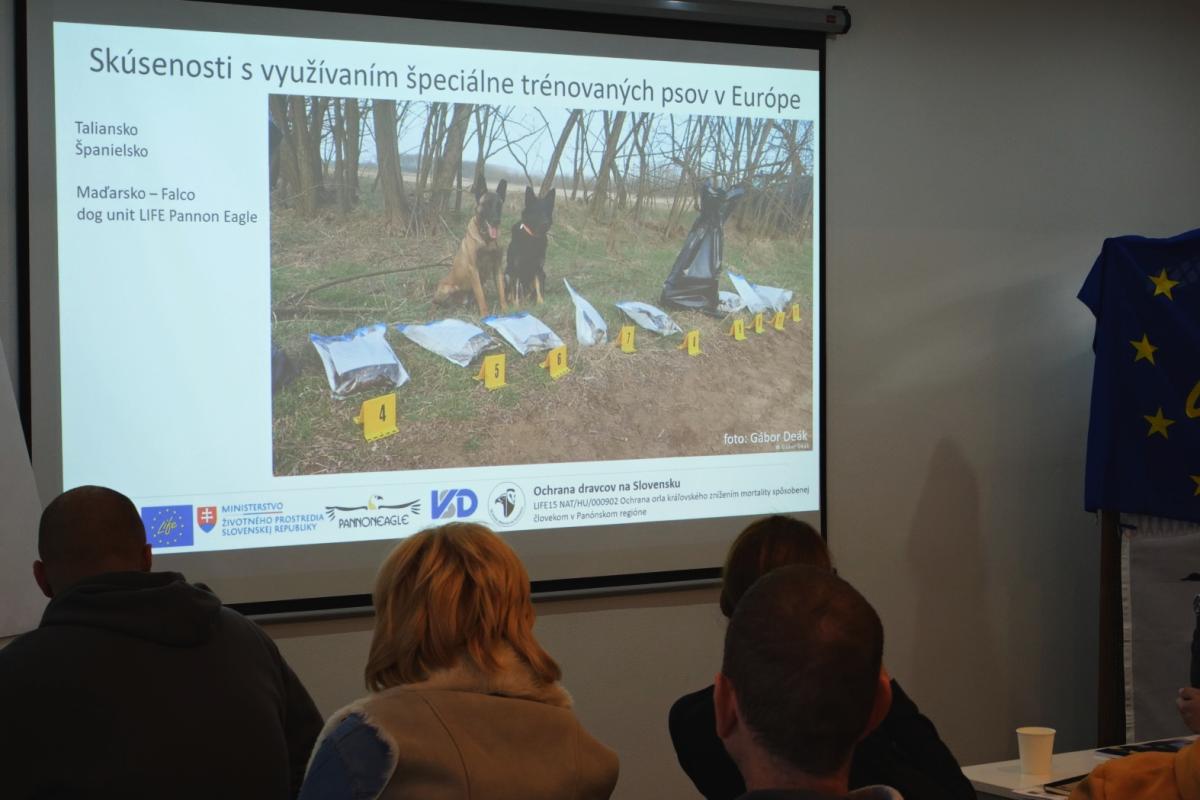 Presentation from the theoretical part of a workshop (photo: RPS) 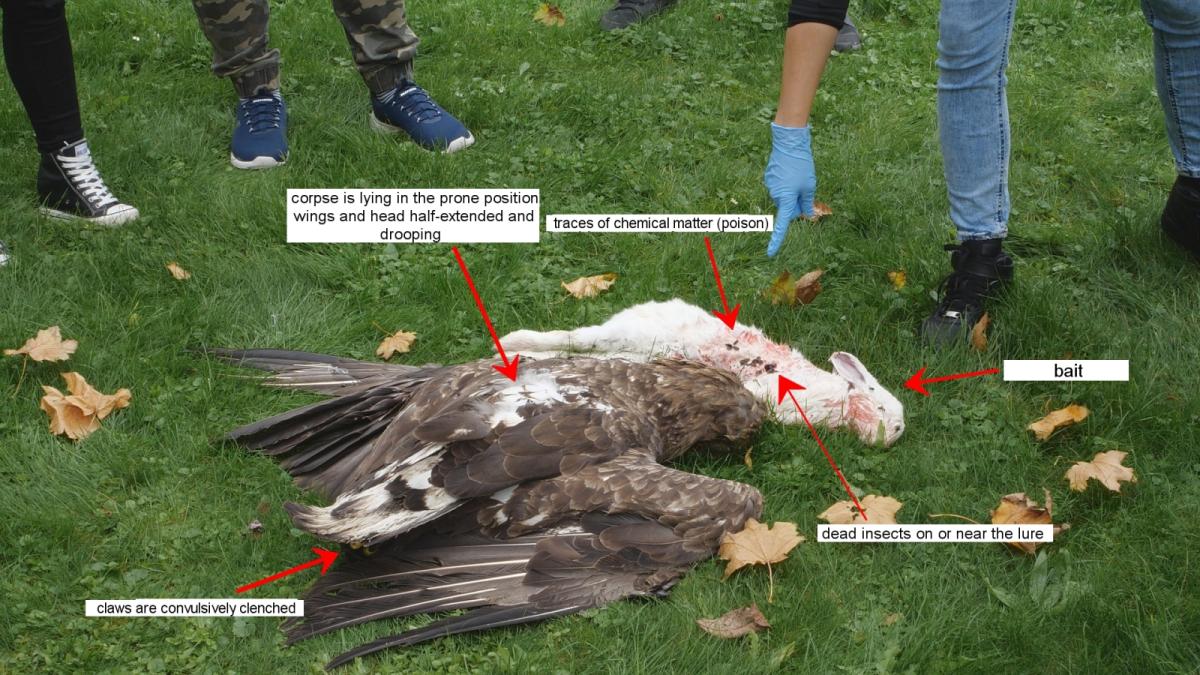 Simulated documentation at the scene of the crime (photo: RPS)