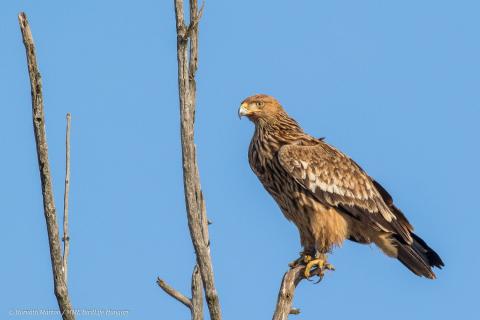 02.02.2018.
In Hungary already the 15th National Eagle Census was organized by MME/Birdlife Hungary in collaboration with the National Park Directorates and other NGOs in January, 2018.

This year, within the framework of the PannonEagle LIFE programme financed by the EU, numerous nature conservation organizations and experts joined the event from the neighbouring countries for the first time, which made it possible to draw the “Map of Eagles” wintering in the Carpathian Basin.

Field conditions were quite harsh in some areas due to adverse weather on this particular weekend, but still, the counters reached quite significant coverage. This year, 427 people participated in the event. With the great help of colleagues not only from Hungary, but from Slovakia, Czech Republic, Austria, Serbia and Romania we now know the numbers of wintering eagles in the region as accurate as possible.

During this year’s Eagle Count, volunteers recorded 1008-1022 White-tailed Eagles and 448-462 Imperial Eagles in these six countries all together.

Besides the regional tally of numbers of eagles, the survey covered all raptor species, following the previous years’ practice. Local participants visited 2651 2.5 x 2.5 km UTM grids, which reach the total of about 20506 square-kilometres. 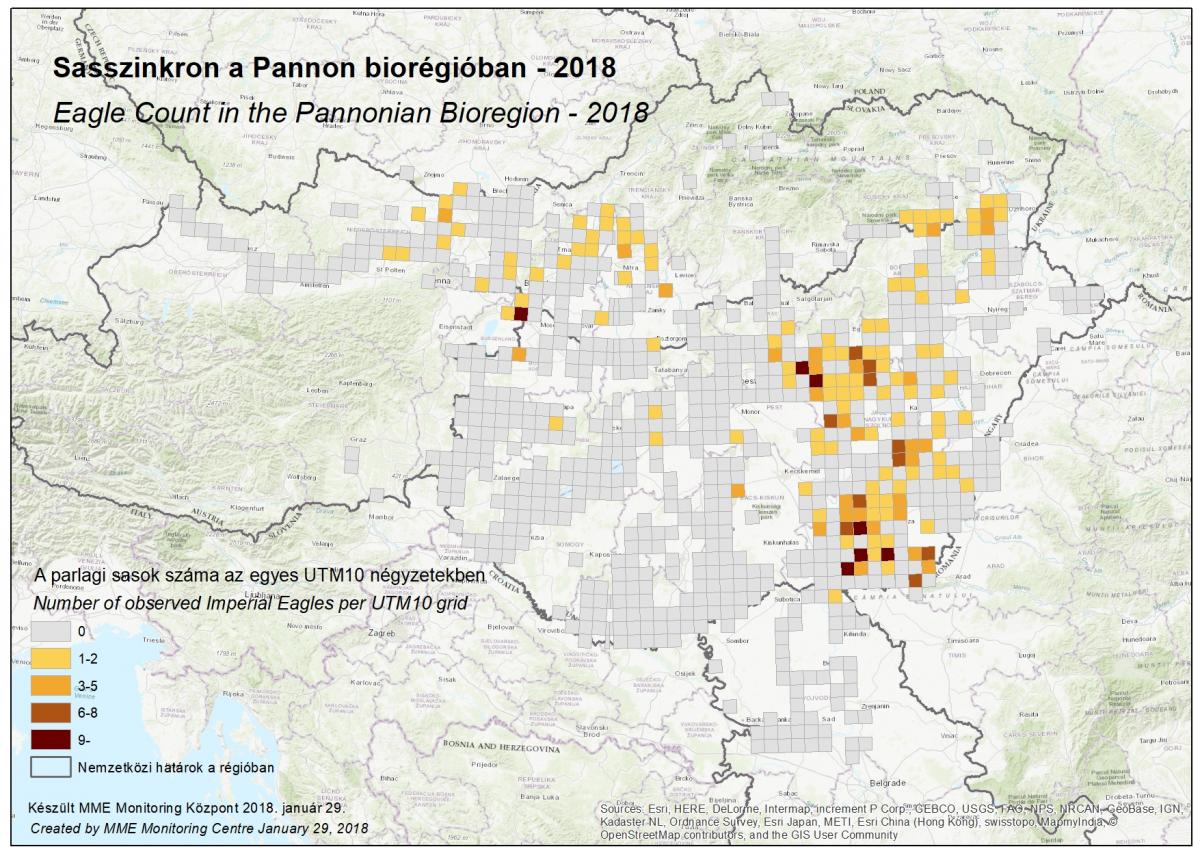 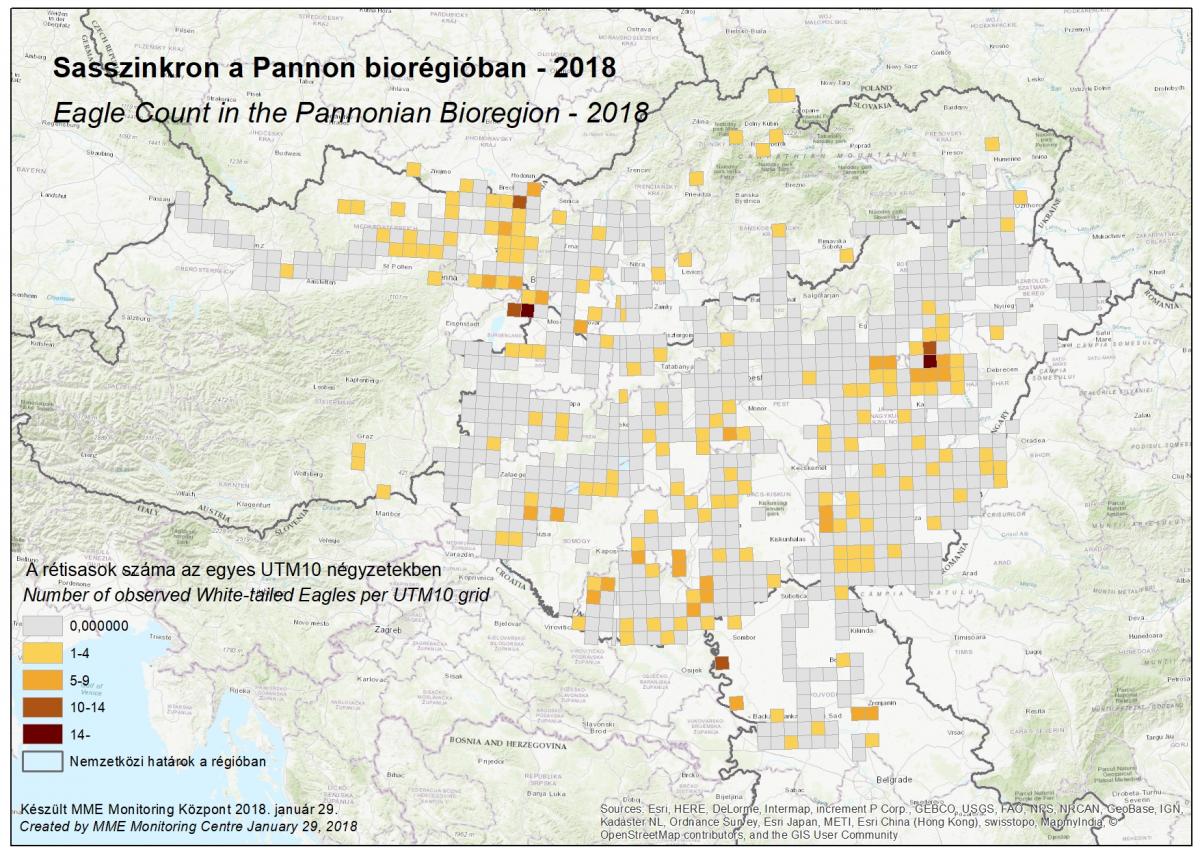